A weekend of action meditation and philosophy to rejuvenate your body and mind with the legendary Shifu Shi Yan Ming. Open to all levels.

Comfortable lodging is provided in shared rooms with individual beds in our wood cabins. Students also have the option to bring their own tent for privacy.

Healthy, delicious meals will be prepared fresh, from the temple’s kitchen fit to fuel warriors-in-training. Vegan and vegetarian options available.

All students will receive a certificate signed by Shifu Shi Yan Ming upon completion of the seminar.

with any credit or debit card

Shi Yan Ming is a 34th Generation Shaolin Warrior Monk and Founder & Abbot of USA Shaolin Temple. Named “a real-life superhero” by The RZA from Wu-Tang Clan, Shifu’s 1-inch punch is more powerful than a car at 35mph as recorded by History Channel’s show, Stan Lee’s Super Humans. His disciples and students include Bokeem Woodbine of HALO, Wesley Snipes of Blade, RZA, Rosie Perez and many more. As one of the most respected martial arts legends of all time, he has been featured in numerous publications, documentaries, lecture appearances from museums to the US Naval Academy at Annapolis & interviews across the world including National Geographic, The New York Times, The Atlantic, The New Yorker, VICE Sports, VICE China, Grazia Homme (France), Vogue, Great Big Story, NPR & more. For his generation and age, Shifu’s  physical abilities, wisdom, knowledge and upbringing makes him truly one in  3.3 billion on earth.  Don’t miss your opportunity to learn with a living legend.

Do you have to have martial arts experience to attend the retreat?
No, anyone who wants to experience Shaolin Martial Arts/ Ch’an Buddhism and rejuvenate their mind & body are welcome! Open to all levels and we encourage beginners to join!

Will there be COVID protocols? We will be following all government regulations and staying up to date with the latest guidelines.

Can we sleep outside or not in the cabins? Participants are welcome to bring their own tents, stay in their cars – whatever makes them comfortable. There is plenty of space!

What should we pack or wear to the retreat? Any comfortable exercise apparel will suffice. We will provide a suggested packing list once registered and we also have a merchandise store should participants forget to pack anything!

What is the typical schedule? (Subject to change)

Check out our videos 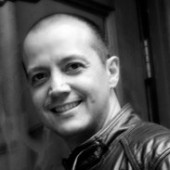 Peace is the most powerful weapon on the planet. S

You can make everything good if you’re a brillia

Always keep your chi up! Amituofo!

A collection of Handsome Shifu’s covers from 199

Always continue to polish and sharpen yourself. Am

The original artist of our dragon, recreates his m

Shifu featured on a major billboard in Henan, Chin