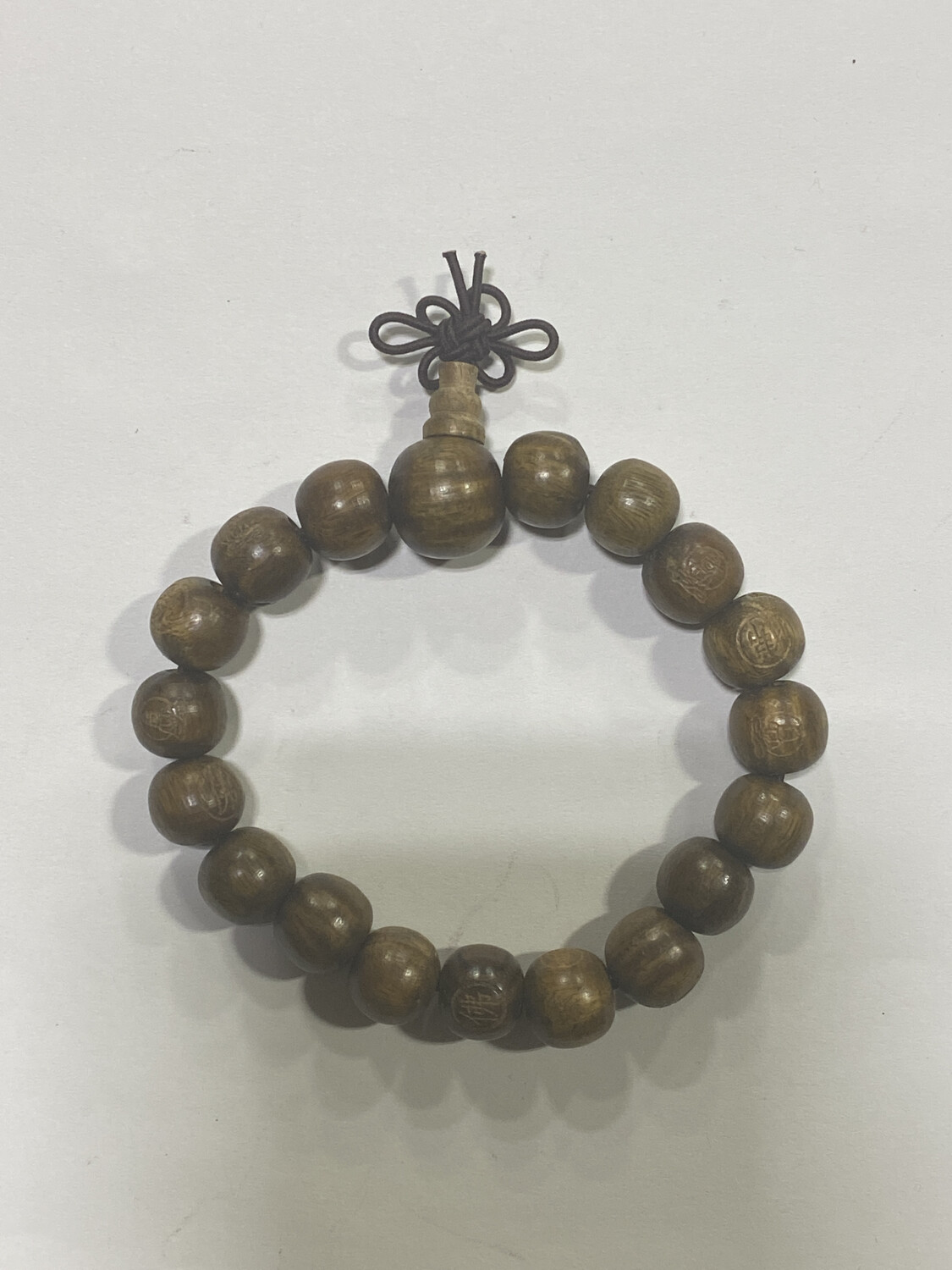 This bracelet has Buddha figures in white enamel on each bead.