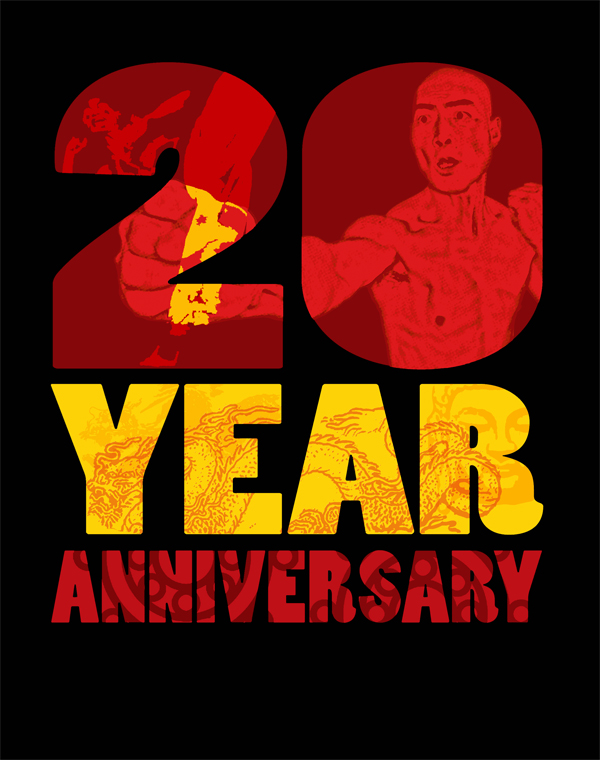 Since Shifu Shi Yan Ming opened the USA Shaolin Temple in 1994, many smiling faces have come through the doors.  Over these 20 years, due to the nature of time, the temple itself has changed in its ways.  But the temple’s beauty and promise has never faded.  Its purpose is a constant.  From its humble beginnings over a small food store in Chinatown that had no heating or electricity, to its current SoHo loft, we still strive for  truth and understanding through Chan meditation.  Student training robes have been a plethora of colors, styles, and materials over the years, and now make a blue, orange, and black wave of movement down the training floor.  And the catch phrases shouted out enthusiastically by students as we hone our bodies, minds, and spirits, keep getting more creative.  The temple has changed, but also, very much stayed the same dragon beast.

What has stayed the same for most students and the temple, are the simple parts.  What has stayed the same, ties our life philosophy back to the beginning 1500 years ago. If you have trained harder with Shifu Shi Yan Ming, you know what they are: the drive to improve, the sweat and tears, the happiness that comes from mind and body mastery. These are simple.  And these are complicated pursuits.  But 1 basic choice we as Shaolin students make, helps us decide how we see them.  And that choice is to return to the temple, to greet Shifu’s smiling face, everyday.  That is why the temple has been open 8 days a week, 366 days a year, for 20 years.

The 20 year anniversary performances showed many sides of the talented student body. We welcomed more members to perform their kung fu for Shifu and assembled guests. There was song, dance, tai chi, music, and poetry.  A new wood 6 Ft. Buddha was brought home to the temple. Heng Cheng made an awesome “20 Year Anniversary” commemorative T-shirt, and Heng Qiang, Fa, Yi, Zhi, and Joe Portela currated a photo book called “Twenty Years of Shaolin”.  Within it were many pictures of seminal moments for the Temple.  Old and new students, all who represent Chan philosophy in the 21st century were there.  Heng Zhi gave gifts to students as a thank you.  Heng Fa, Heng Yi, and other elder members of the temple all shared stories of the past with the guests and reminded us of the rich heritage we have continued in NYC.

But what was truly unusual, what was a real treat for all of us, was the presence for the first time in NYC, of Shishu Shi Yan Xiao, Shifu’s younger brother.  This was his first visit to the United States, a real family reunion for his extended Shaolin family in NYC.
We continued the night talking, dancing, drinking, eating, and sharing the love.

Peace is the most powerful weapon on the planet. S

You can make everything good if you’re a brillia

Always keep your chi up! Amituofo!

A collection of Handsome Shifu’s covers from 199

Always continue to polish and sharpen yourself. Am

The original artist of our dragon, recreates his m

Shifu featured on a major billboard in Henan, Chin